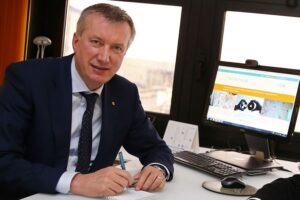 Which sectors do the industries that require testing services in your laboratories mainly belong to?

The laboratories associated with ALPI-ASSOTIC offer a wide spectrum of services, from analysis of food to the control of environmental parameters, to materials characterization, destructive and non-destructive tests for manufacturing industries; their customers, therefore, belong to all these sectors, from the agri-food chain to manufacturing industries and there are also those who deal with occupational safety.

What has changed in these sectors with the introduction of digital technologies and how have these changes affected the services you offer to your customers?

Digital technologies have accelerated production processes and allowed greater customization of the product, partially untying the cost from the volumes. Thanks to technologies such as computed tomography and 3D printing, it is possible to move from the physical to the virtual object very quickly, make design changes and return from the virtual to the physical. But also process control, thanks to the miniaturization of sensors, is becoming increasingly digital. As far as we are concerned, we are following this approach of increasing digitalization of communication processes with the customer, from the management of requests to the issuance of offers, to the organization of logistics and work plans. Another important phase to be addressed is the IT management of the data produced by the equipment and in particular the interchange of this data. Interoperability is a problem that needs to be solved. It is then necessary to pay the utmost attention to the security of the data, its storage and of course to preserve the system from possible unwanted intrusions, and here is the whole issue of cybersecurity. Then we can say that digitalization forces companies to equip themselves with skills not exclusively focused on the object of the company mission. The management of the IT network, the ability to digitize processes, with a consequent improvement in productivity and system security in terms of cybersecurity and operational continuity, involve skills that were not necessary until recently. Now a theme is how much these skills must be directly present in the company and how much they can reasonably be outsourced. One thing is certain, the increase in productivity achieved thanks to digitalization has as a counterbalance a significant increase in costs in terms of IT infrastructure and skills not directly related to the company mission but which, nevertheless, constitute an important part of the value proposition that the laboratory offers to its customers. Investments in cybersecurity are becoming more and more relevant; the real risk is that the market does not recognize the investment in cybersecurity as a distinctive value proposition, or takes it for granted without even verifying it, to the advantage of those laboratories that do not care about their own and their customers’ IT security; investments in cybersecurity and business continuity must be communicated and recognized, certainly not in terms of higher cost of the service but in terms of preference granted by customers.

How attractive are your country’s industries for talent from abroad? And which countries do they come from in particular?

I don’t really think that Italy is an attractive country for the talents of other nations, and this is rather disheartening. We have excellent companies in every sector, high technology and there is certainly no lack of innovation. But I believe that one of the limiting factors, in addition to labor policies that make salaries unattractive in Italy compared to abroad, is related to the size of companies. Apart from a few, relatively large companies with an internationally recognized brand, the production structure is based on small and medium-sized enterprises which are not only less attractive for foreign talents but also have more difficulty in proposing themselves internationally. With some countries, we also suffer from a pay gap which makes it even more difficult to attract talent.

Globalization, especially since the 1990s, has led to the relocation of production where labor costs were lower. The regionalization of supply chains, on the other hand, has affected European countries, in cases where, for example, a car sold by a German manufacturer to the United States very often uses components made in Italy. How is Made in Italy considered in your country?

Since TEC Eurolab is an Italian company, I will respond by saying how important the Made in Italy should, or should be, for Italian companies. I am thinking of the manufacturing industries. I think that in several cases an excessive trust in globalization has led companies to unbalance their supply chain by relocating it to the far east, taking away the market from the Italian subcontracting and exporting technology, thus contributing to the creation of global competitors. Was it worth it? Was this the best way to earn profit margins? Perhaps in some cases, certainly not in all. But it should be asked of the industries that are waiting for materials and components from China and around areas. We do not have raw materials made in Italy, if we do not team up among the few big companies and the many that operate along the value chain, I believe that the Made in Italy that will come out of it will be rather watered down, perhaps in favor of a Made in Germany rich in Italian components.

Following the pandemic before and the war in Ukraine now, do you notice a trend towards reshoring by your country’s industries? In which sectors in particular?

I would like to refer to the previous answer.  Perhaps we can see a certain rethinking in the organization of the supply chain and interpret differently a globalization that will be much less global in the years, (decades?) to come. It will make sense to delocalise when it comes to serve local markets, that is, I produce in China or India because I want to serve those markets and not just to take advantage of lower labor costs.

I also believe that we need to rethink this delocalisation also from a strategic point of view. China is on its way to becoming the world’s leading industrial power. Bringing high-tech productions to China means exporting technology for free and growing its global competitors of today and tomorrow there. Personally, I believe that the West should rethink its industrial policy also in a strategic and not only liberal key.

For years, companies have been repeating as a mantra that people are the center of their attention. I believe it, I do not argue it, the point is to their attention to get what? That is, what is the ultimate purpose of investing in intellectual capital? We take care of employees, we offer comfortable jobs, we care about continuous training and welfare, to what? Ensure continuous growth in revenues and margins? It can’t just be that. Industrial vision must be reviewed in strategic terms that consider the values inherent in our social and democratic models and protect them. I believe that the pandemic before and the war in Ukraine now, have made this need for strategic rethinking quite evident.